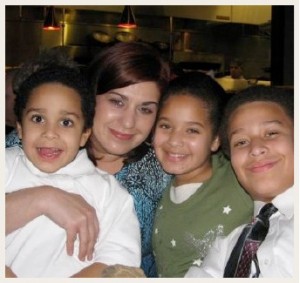 “I’ve been telling all my co-workers about this service. I tell them if they’re going through a complicated and scary medical situation, they owe it to themselves to get an Expert Opinion from Grand Rounds.”

When Linda found out she had cancer in her left kidney, it was like being flung into a nightmare.

“My life became immediately hectic and scary. I saw multiple physicians and was told several possible courses of action, but I wasn’t sure exactly what to do. It was a frightening place to be—even more so because I recently lost my father to kidney cancer as well.”

Why Linda Went to Grand Rounds

Linda, who is an eCommerce marketing manager for one of the world’s leading telecom providers, found out that her company offered Grand Rounds a health benefit. She decided to use Grand Rounds to see if she could gain some clarity into her situation.

“With Grand Rounds, I signed up within minutes, and they immediately started collecting my medical records for me. My Care Coordinators and Staff Physicians would communicate to me through the patient dashboard and I felt as though I received timely and informative updates all the time. I never felt in the dark.”

Grand Rounds matched Linda with one of the foremost renal cancer experts in the country, Dr. Edward P. Gelmann—Chief of the Division of Hematology/Oncology at Columbia University Medical Center.

Dr. Gelmann carefully reviewed Linda’s medical records. He then recommended a partial nephrectomy procedure, which would remove the area of the kidney infected with cancer. The cancer had not metastasized, so this procedure would put Linda in the clear and ensure a positive healthcare outcome.

“I was so tired of talking to doctors and dealing with decisions. I needed someone on my side to help me understand what to do, and that’s just what I got from Grand Rounds. It helped me feel secure in my decision to have my surgery.”

Linda’s surgery was successful. She recently received her pathology, which showed that she was now clear of cancer. After the normal recovery period, she returned full-time to work.

“I’m very fortunate to have survived my cancer,” Linda said. “Having the people and resources of Grand Rounds on my side was a tremendous part of that.”