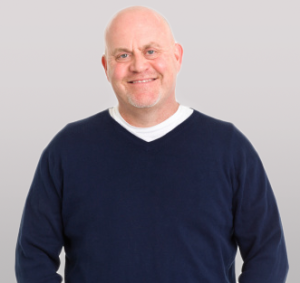 “Grand Rounds really taught me the importance of getting an opinion from a top specialist, not just any doctor.”

Don used to run five 10K races a week, so he was surprised when his vascular doctor told him that he had “bad plumbing” that was preventing proper blood flow to his lower legs.

Don was diagnosed with severe peripheral artery disease, and it began to significantly affect his quality of life. He couldn’t sleep through the night, felt continual numbness in his limbs, and walking became painful.

Don was willing to do anything to get his quality of life back. After a failed angioplasty, his treating physician conducted an arterial bypass of the legs. Unfortunately, one week after the surgery, Don found himself no better off, experiencing severe groin pain, and he was told that the bypass had failed.

“In fact, three months later, I was told something even worse,” Don said. “My doctor told me that in his opinion, I was going to develop an ulcer that would become infected, and that I would lose my leg.”

“I couldn’t accept that. I believed there were other options available.”

Why Don Went to Grand Rounds

Don was determined. “I’d try anything to improve the situation in my leg,” he said. “I just wanted the pain to go away.”

Don sought an Expert Opinion from Grand Rounds, and within a few days was matched with Dr. Joseph Mills, Chief of Vascular and Endovascular Surgery at the University of Arizona.

Dr. Mills told Don that he had alternative treatment options to regain blood flow in his legs and alleviate the pain. The treatment options that Dr. Mills proposed required procedural expertise that his original treating physician did not have. Don worked with Grand Rounds to find a vascular surgeon nearby who specialized in placing stents in patients with peripheral artery disease.

“It was incredibly easy to do all this,” Don said. “By the time I saw my specialist, Grand Rounds had already delivered all my records. And this is what’s amazing: within less than 24 hours of meeting my new specialist, I was in surgery again.”

His new specialist was able to perform a procedure that Don had previously been told “couldn’t be done”—breaking through the plaque in Don’s leg and applying a stent. The positive results from the surgery were immediate.

Don’s left foot regained warmth and the numbness dissipated. And after months of not sleeping through the night, Don could finally sleep soundly again.

“Grand Rounds really taught me the importance of getting an opinion from a top specialist, not just any doctor. In fact, you’ve got to be very proactive when your health is concerned to make sure you’re getting the best treatment possible.”