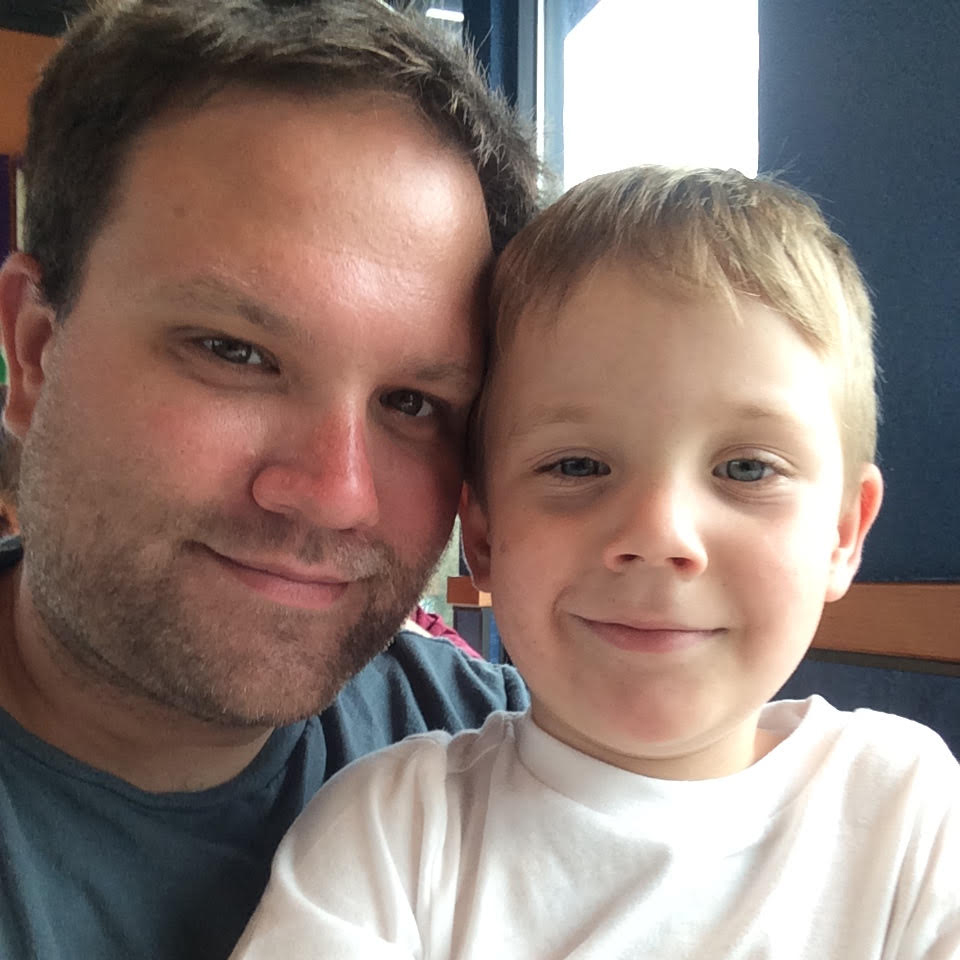 “It was a miracle that Grand Rounds was able to gather all of my records in such a short period of time to get me the second opinion that I needed.”

At 31 years old, Allen was working as the manager of Lowe’s Outside and Lawn department helping customers when out of nowhere his back started popping and snapping. Concerned by the sudden onset of pain, Allen immediately scheduled an appointment with a chiropractor.

“The chiropractor tried to adjust me, but said he couldn’t because he thought I had compression fractures in my spine. With that knowledge, I went straight to my general practitioner who referred me to a spine specialist,” said Allen.

“The spine specialist prescribed me six weeks of physical therapy. I followed through with the 12 sessions. It rendered zero results for me,” said Allen.

Disappointed and frustrated, Allen made another appointment with the spine specialist to talk about alternative options.

“The spine specialist took an MRI and blew me off and said, ‘you are too young to be having any spine issues. I can’t do anything for you, so I’m going to send you to an interventional pain specialist.’ I went to the pain specialist who took another MRI and he said, ‘I can’t do any injections for you because I have no point of contact, so I’m going to send you to rheumatology. They can give you drugs. You’re going to be on drugs the rest of your life. There’s nothing medically we can do for you,’” said Allen. Allen was exhausted and willing to try anything.

Why Allen Went to Grand Rounds

“I spent a good three months going to my rheumatology appointments, taking the drugs my physician prescribed me and trusting that these doctors knew what they were saying. It was the most miserable three months of my life,” said Allen.

During this low point, Allen received a flyer in the mail about Grand Rounds as a free benefit from his employer, Lowe’s. Allen immediately reached out for a second opinion.

“Allen was a young, previously active man who felt frustrated with his care and limited options. He desperately wanted to run again as it helped his physical and emotional health,” said Sara Modeste, Grand Rounds Nurse Practitioner.

“Within a week, I was connected to my Patient Care Team and had a second opinion from Dr. Hershman from Massachusetts General Hospital,” said Allen.

Dr. Hershman is a leading specialist in cervical, thoracic and lumbar spine disorders and has a particular interest in complex spine and spinal deformity. After looking through Allen’s comprehensive records that his Patient Care Team sent over, Dr. Hershman diagnosed Allen with a spine deformity called Scheuermann’s kyphosis.

Scheuermann’s kyphosis develops during periods of bone growth, most often during puberty. During this growth, the front of the spine doesn’t grow as fast as the back of the spine, causing healthy rectangular-shaped vertebrae to become triangular shaped and wedged together. As a result, the thoracic spine curves more than normal, causing individuals to have a bent-over posture. The exact causes of Scheuermann’s kyphosis are still unknown, although researchers believe there is some interruption during bone growth. Most often this disease is diagnosed during childhood, with symptoms including poor posture, chest pain or difficulty breathing, co-existent scoliosis and overall pain.

Adults, like Allen, who have been suffering from this disease for years without knowing it can experience worsening change, accompanied by physical changes and deformities. Often, the worsening change causes these adults to seek medical help.

“My second opinion from Grand Rounds offered me treatment options that I could choose from. On top of that, my Patient Care Team found me another spine specialist close by who took the time to look at my imaging and didn’t disregard me because of my age,” said Allen.

“I felt fortunate to be involved in this process. It was very rewarding to be able to share other treatment options with Allen,” said Sara Modeste, Grand Rounds Nurse Practitioner.

Today, Allen is trying out less invasive options to surgery. Allen is hopeful that the injections will work on his spine and that he can avoid surgery altogether.

“If it wasn’t for Grand Rounds, I have no idea what I would be doing. I would probably still be taking all of those drugs and still in terrible pain. Our Patient Care Team was magnificent; everything was flawless from the very beginning. It was a miracle that Grand Rounds was able to gather all of my records in such a short period of time to get me the second opinion that I needed. It was mind boggling what they did. I didn’t think they would be able to do it, but they pulled it off; it was seamless,” said Allen.


Start getting better with Grand Rounds >